TAKE NOTICE that the Council of the Corporation of the Municipality of Huron Shores is holding a meeting on Wednesday, April 25, 2012 at 7:00 p.m. in Council Chambers, Iron Bridge, Ontario, to seek Public Consultation as required under Section 22 of the Planning Act of Ontario, to amend an Official Plan.

If you wish to be notified of the adoption of the proposed Official Plan Amendment, or of the refusal of a request to amend the Official Plan, you must make a written request to the Municipality of Huron Shores, P.O. Box 460, 7 Bridge St., Iron Bridge, ON P0R 1H0.

ANY PERSON may make written or verbal presentation either in support of or in opposition to the proposed Official Plan Amendment.

IF A PERSON OR PUBIC BODY does not make oral submissions to the Municipality of Huron Shores before the proposed Official Plan Amendment is adopted, the person or public body may not be added as a party to the hearing of an appeal before the Ontario Municipal Board unless, in the opinion of the Board, there are reasonable grounds to add the person or public body as a party.

As the Amendment is for Schedules A3a and A4, and does not include any policy changes i.e. text of the Official Plan document, please click on the links below to view the noted schedules as proposed for amendment.  The proposed changes may be compared to the original documents found on the Planning Department page of this web site. 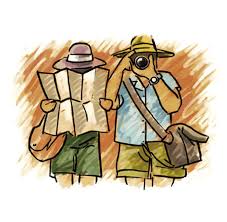