Fire Chief Medve first joined the former Thessalon Township Fire Department in 1992, rising to the rank of Deputy Fire Chief.  Following the municipal amalgamation of the Townships of Thessalon, Day and Bright Additional, Thompson and the Village of Iron Bridge in 1999 he 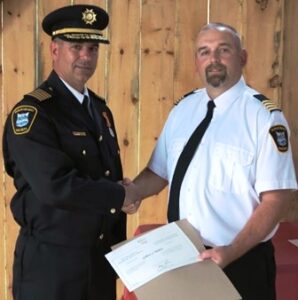 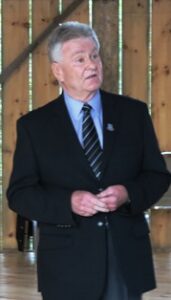 At the Medal Presentation, Mayor Reeves stated the following:  “I have worked on various projects  with Huron Shores Fire Chief Gib Medve over the years.  From this experience I know that, as Chief, he has the safety and well-being of the residents of Huron Shores, those passing through the Municipality, and of course our volunteer firefighters, foremost in mind in his work for the department.  Gib is a strong advocate for the Huron Shores Fire Department and a respected leader in our community.” 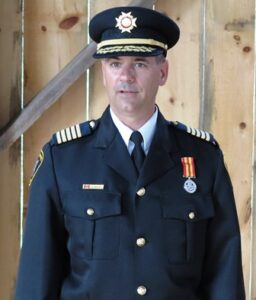