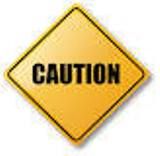 Public Works advises the travelling public to take extra care and reduce speed when driving on municipal roads as many roads have seen frost heaves or boils appearing.  This is a natural phenomenon caused by the expansion of freezing water immediately under the road.   Due to the large volume of precipitation we experienced in the fall, notably the September flood event, the over saturation of the soil, and the current extreme cold temperatures, these frost heaves are appearing earlier than usual in the season, and are particularly numerous and large.  Public Works is actively patrolling and identifying the areas of concern, please be alert for public works equipment and personnel, oncoming vehicles, traffic cones and barricades.