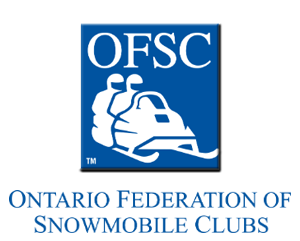 The following media release was received from the Ontario Provincial Police (OPP) and the Ontario Federation of Snowmobile Clubs (OFSC):

“January 18 to 26, 2014 is Snowmobile Safety Week and the Ontario Provincial Police (OPP) and Ontario Federation of Snowmobile Clubs (OFSC) kicked off the campaign with some important messages about staying safe throughout the snowmobile season in Ontario.

OPP Commissioner Lewis, Deputy Commissioner Brad Blair, Provincial Commander for Traffic Safety and Operational Support were joined by OFSC Vice-President Graham Snyder, members of the Highway Safety Division and other OPP and OFSC members to share information about the risks and dangers associated with snowmobiling.

The OPP also shed light on the five fatal snowmobile collisions that have taken the lives of six people so far this season, citing speed as a causal factor in all five of these incidents, four of which occurred on roads and none on OFSC prescribed trails.

According to the OPP, a change in behaviour is needed in some segments of the snowmobile community because speed was a causal factor in half of the 18 snowmobile fatalities that occurred last season (2012-2013) and the other half were attributed to drinking and riding.

The OPP and OFSC praised the collaboration of the S.T.O.P. (Snowmobile Trail Officer Patrol) and S.A.V.E. (Snowmobile ATV and Vessel Enforcement) Unit members in their efforts to make snowmobiling in Ontario safe through a combination of enforcement and education.

Frigid temperatures, unstable terrain, lakes and rivers and reduced visibility were identified as some of the natural elements that make snowmobilers a particularly vulnerable group of riders. The OPP and OFSC emphasized the importance of riding sober, avoiding lakes and rivers and they recommended staying on OFSC prescribed trails to increase their chances of enjoying incident-free riding.  OFSC prescribed trails are groomed, maintained and patrolled throughout the season.

As part of the kick-off, S.T.O.P. Chair Andy Chvedukas recounted a story about a significant snowmobile collision that almost cost him his life and left him severely injured.  Chvedukas’ snowmobile collided with a tree when he glanced back for just a few seconds to see if his fellow riders were still behind him.

The OPP and OFSC are asking snowmobilers across the province to get on board with their efforts to make snowmobiling in Ontario safe and enjoyable by riding within the law.

The OPP is committed to saving lives on Ontario’s highways, trails and waterways through the reduction of preventable injury and death. Initiatives are developed and delivered through the Provincial Traffic Safety Program.

The OFSC is committed to proactive leadership in promoting safe, responsible riding, on and off Ontario snowmobile trails, by building safer snowmobiling knowledge, attitudes and behaviours through rider education, safety legislation, development and enforcement.”

Safe Snowmobiling: Owning and Operating a Snowmobile in Ontario