The Municipality has received the following information respecting the Annual General Meetings for the Central Algoma Freshwater Coalition (CAFC) and the Big Basswood Lake Association:

Join the Central Algoma Freshwater Coalition (CAFC) at their upcoming Annual General Meeting, Thursday, July 16th, 2015, 7:00-9:30 p.m. Bruce Station, 109 Station Rd.  Here about the projects CAFC has completed over the last year and what they are working on now!  Have your say by becoming a Director or by voting as a Member.  The feature presentation is Symphony of the Soil.  Please click here to learn more. 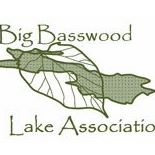