The following media release was received from the Federation of Northern Ontario Municipalities (FONOM): 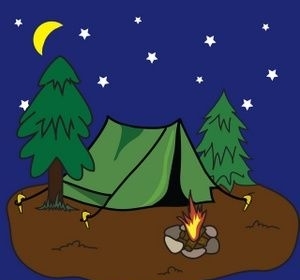 Late night ghost stories, roasted marshmallows over a crackling fire, and a canopy of all the stars in the universe… Ontarians are being called on to take advantage of Northern Ontario’s beautiful provincial parks this summer, or lose the opportunity forever.

Last year, the Ontario Government made plans to close 10 parks in Northern Ontario to overnight camping, but following pressure from the Federation of Northern Ontario Municipalities (FONOM) and a number of municipalities, the province agreed to re-open three for the 2013 Summer as part of a pilot program, in partnership with local communities.

“Tens of thousands of Ontarians camp in our parks every year, and we want to show the Government how important they are for recreation in Northern Ontario, but also for the local communities,” said Al Spacek, Mayor of Kapuskasing and President of FONOM.

“The Government has been telling us Ontarians need to use them or lose them, so we are encouraging as many people as possible to take advantage of the opportunity.”

The Ontario Government has acknowledged it may reconsider the closure of the other parks if the pilot project is successful and the summer season sees an influx of visitors.

“If this is the summer people want to try something new, experience a part of Ontario you’ve never seen, or they’re just looking for a place to camp, Northern Ontario is the place to go.  If they don’t do it this summer, they might never get another chance,” said Mayor Spacek.

Are you a business owner or have a background in forestry, agriculture, tourism or another valuable industry? The Economic Development Advisory Committee is seeking new members. Email email@huronshores.ca for details and to express your interest!

“There is no power for change greater than a community discovering what it cares about.” – Margaret J. Wheatley

Join us tonight at 6:00 p.m. for an information session on the updated flood risk studies.