You are here: Home / About Us / Historic 12-Sided Barn 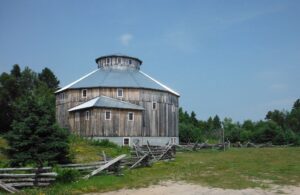 The Historic Cordukes/Weber 12-Sided Barn has been lovingly restored by a group of dedicated volunteers. It was dismantled, moved from its original site,  and erected anew  next to the Sowerby Hall (formerly the Day and Bright Community and Recreation Centre) at 1410 Basswood Lake Road.

It is available as a public facility for community events, meetings, private parties/functions etc.  For rental information please contact the Municipal Office. You can view photos and learn about the relocation project.  This project was completed due to the generous voluntary donations by local residents of time, expertise and money.

Historical Significance: The Cordukes/Weber Barn is one of only 3 12-sided barns in Canada:

Thomas Cordukes was born in 1859 near Mystic, Quebec.  He moved to the Sowerby area in 1881 and is described by family as an “experimental farmer”:  having an inquiring mind, and always open to new ideas.  In addition to farming and being a noted builder (he built the second Day Mills School in 1896) he also served as councillor and reeve of Thessalon Township for many years.  Mr. Cordukes passed away in 1937.

The farm passed into the hands of the Seabrook family who operated it for many years. The Weber family purchased the farm in the 1970’s and the 12-sided barn continued as a working barn for many years being used to house livestock and for stabling horses.  Eventually it began to deteriorate and was no longer usable as a functioning farm building.

In 2005, realizing the significance of the structure to, not only the pioneer heritage of the local area, but also its national importance, members of the Day and Bright Recreation Centre and Heritage Board (now Sowerby Heritage Centre Committee) began preservation work by patching the roof 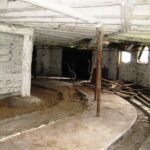 and stabilizing the barn to prevent further decline.  In 2007, Kent and Kathy Weber generously agreed to donate the barn to the municipality and plans were begun to relocate the barn to its new site next to the Sowerby Hall. The land for the site was donated by Heather and Clayton Senecal.  The Cordukes/Weber 12-Sided Barn would begin a new life as a public recreation facility and a living tribute to our heritage.

Farmers’ Market: The Barn now plays host to the Sowerby Farmers’ Market through the months of June to September every Saturday from 9 a.m. to 2 p.m. Many farm fresh goods are available! 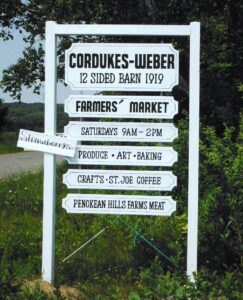 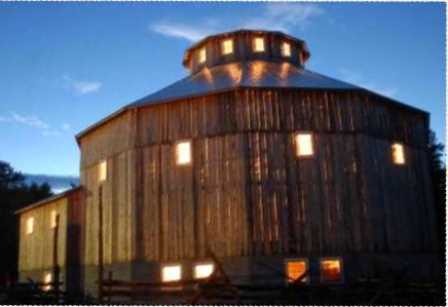